Home /
About Us > Meet the Head of School
page tools /

Meet the Head of School 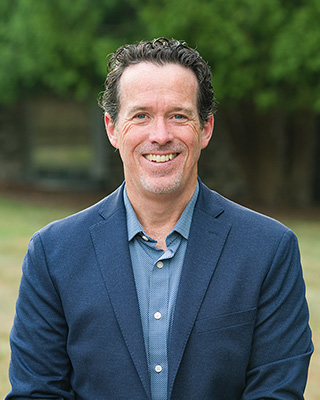 Matt Byrnes is in his tenth year as Head of School at Wooster School. Since arriving in Danbury he has facilitated Woosterâs continued evolution as a strongly relationship-based and learner-centered school community which is accessible to all members of our neighboring towns. Most notable among the many areas of emphasis under Mattâs tenure have been the development of the Deep Learning Initiative, the establishment and growth of the Bridge Program for students with language-based learning disabilities, and the adoption of the Altitude Learning platform, which has solidified our commitment to personalized learning and growth. Most recently, Matt worked closely with the Board of Trustees and community members on the establishment of the Center for Equity and Justice at Wooster School. The design and implementation of the Variable Tuition Program, starting in 2016, has also further solidified Woosterâs commitment to serving students and families in the area regardless of financial circumstances. Matt, and his wife Madyn, an artist and designer, have also helped to conceptualize and manage the steady improvement of Woosterâs facilities, learning spaces, and outdoor landscape since their arrival in 2013.

Throughout his career in public and independent schools, Matt has always been a learner and thought leader in the areas of school culture, leadership, change, and the science of thinking, learning, and wellness. Matt has made multiple presentations at the National Association of Independent Schools (NAIS) Annual Meeting and has written two essays for Independent School Magazine: Reflections on Confronting Unconscious Bias (2019), and Was Dewey Right? Are Schools a Reflection of Society? (2018). He also was invited to attend the Columbia University Klingenstein Centerâs Heads of School Residency Program in January of 2018, which was a true honor and a genuinely transformative experience.

Currently, Matt serves as a Trustee on the Board of The Heads Network, an organization committed to the advancement of women as leaders in independent schools. In 2020, Matt also became the Convener of the Fairchester Heads Association, which is made up of Heads of School in Fairfield County, CT and Westchester County, NY.

Matt has been married for twenty-six years to his wife Madyn Gwynne and they have four children -- Kernochan, Cooper, Brooks, and Avery -- and three dogs, Bean, Poppy, and Pepper.

Our purpose is to prepare young people for fulfillment, happiness, and success in life through the rigorous and healthy development of intellect, conscience, body, and spirit.